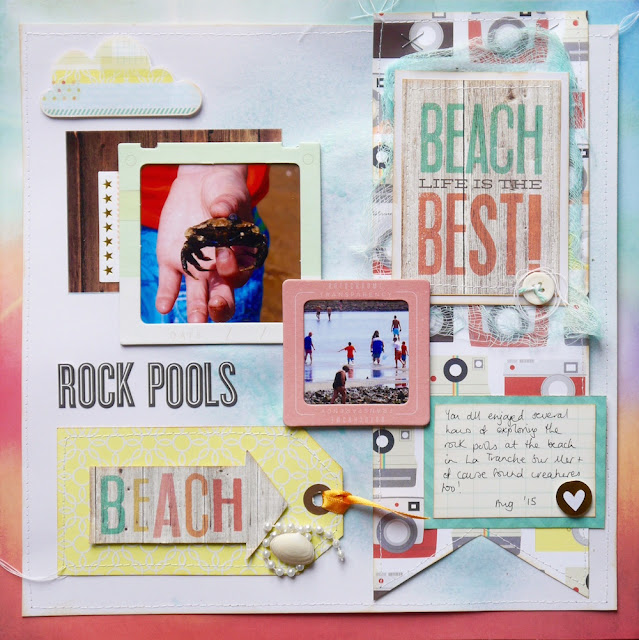 I decided to join the September Scrapbook challenge in the Facebook group Crafters @ Play - I've not followed a sketch in a while so it was really fun to have a go - I also realised that once I got going I needed to adapt the sketch just a little bit - as I wanted an extra photo and then my title didn't fit in the place it was meant to go!

I used Summer Vibes by Simple Stories.  I started by gutting the background paper and then spritzing my white cardstock with some blue prima colour bloom - it gives a beautiful iridescent colour - I also took some of the ink off the page with the muslin that is behind the "Beach Life is the Best" so it is blue.  I cut out the flag and made a little tag.  I then dug out my sewing machine, which is something I haven't done in ages as I love the look of stitching on a page.  I edged the tag, white cardstock and the flag and stuck them all down in the right places.  I then set about using some chipboard frames for my photos - I tend to glue them onto my photo first and then cut around them.  Next I began to layer the embellishments - I love the Simple Stories efemera packs and there are some pieces from other ranges there too - like the heart from I am.  I added a shell and row of pearls, ribbon and buttons, some woodgrain vellum from Websters  and the title is from October Afternoon.

My kids love rock pools and collecting the creatures - mainly crabs that they find in them! 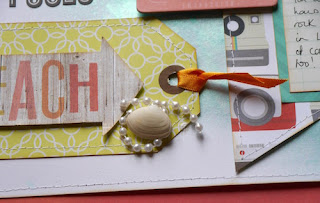 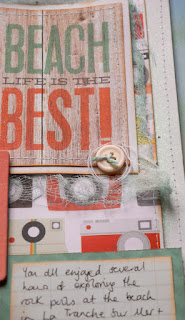 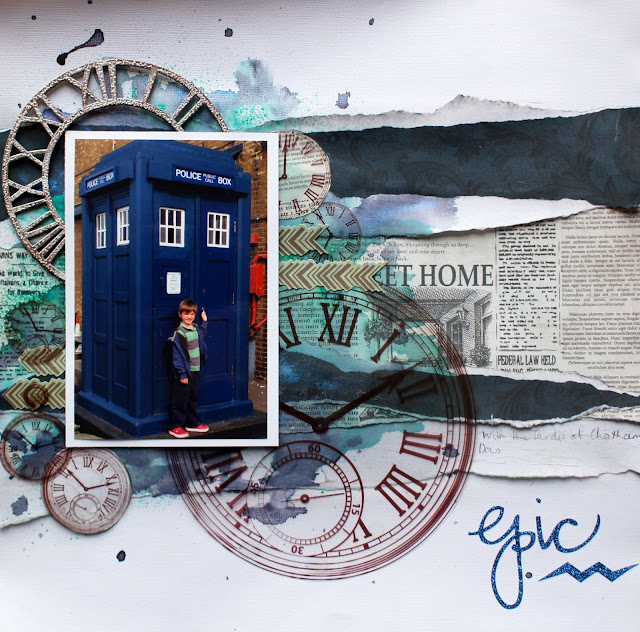 Dr Who is nearly back on our screens and this TV show has been a large part of mine and my children lives!  Hiding behind chairs....the cybermen were the scariest aliens in my mind :)

I made this page using Kaisercrafts and Betsy's couture papers with a little Blue Bay and one of their large clock face acetates.  I had a play with some clear gesso and painted it on top of the layered papers, then added mists in greens and blues - I use the gesso as a primer so it stops the inks sinking into the paper too much - though the clear gesso I used has a very grainy texture which sets my teeth on edge :).  I used a Tando clock which I embossed in silver and the title is by Heidi Swap. The final steps was to cut out some of the clocks from the acetate and layer them around my photo. 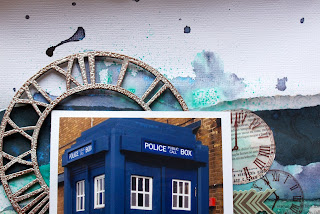 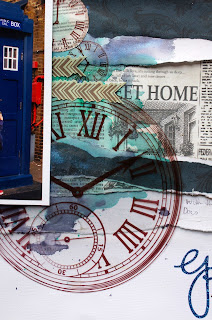 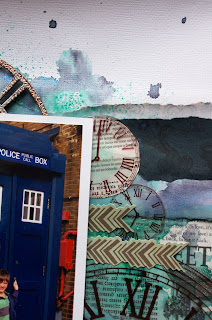 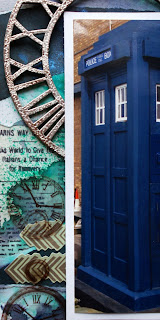 Posted by Katherine at 08:00:00 No comments:
Email ThisBlogThis!Share to TwitterShare to FacebookShare to Pinterest
Labels: atdml, betsy's couture, kaisercraft

Birthday and Chateau with Kaisercraft 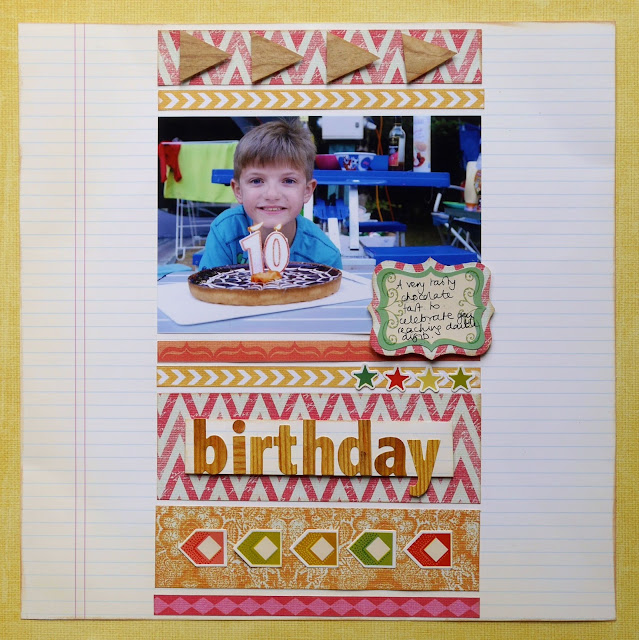 Hello it is the Virtual Crop over with A Trip Down Memory Lane today - check out their blog, and you can join the chatter in the Facebook group ATDML#Create.  You don't have to have the papers, but I think there are a couple of kits for my class left if you want to use them.  Put together your own kits and all the instructions are free to download from the website.

My pages uses Kaisercraft's Tropical Punch and I went with quite a clean and simple style of page, using some Cosmo Cricket stickers as embellishments, and a few of the boarder strips you get on papers. 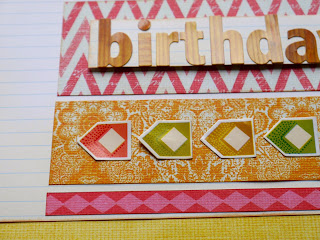 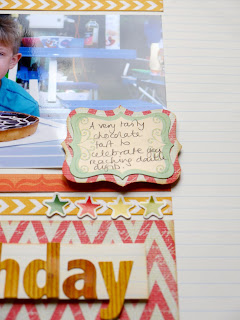 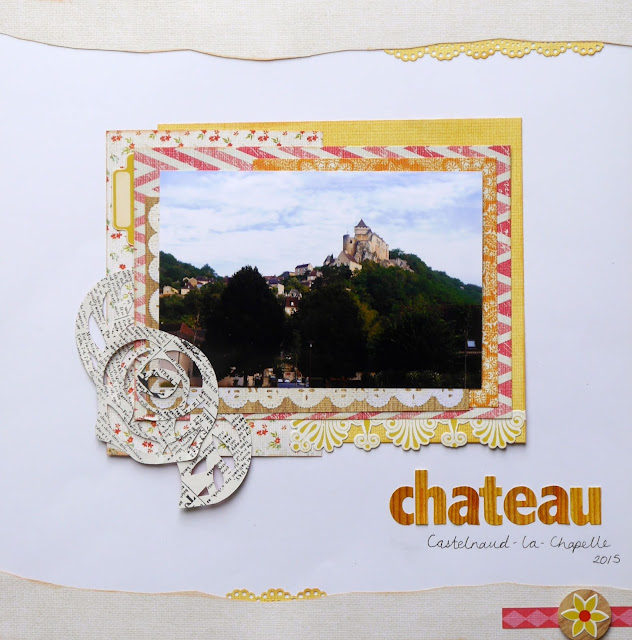 Here is my 2nd page which just uses lots of layers of the papers and then a die cut rose - I love these at the moment, so wanted to have one on my page - just a subtle floral embellishment. 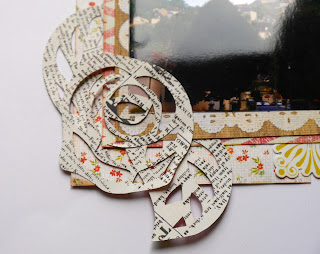 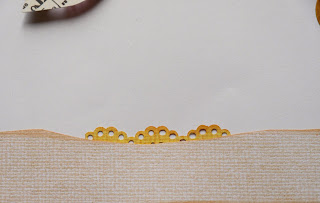 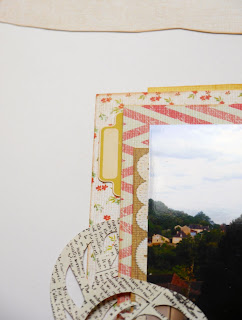 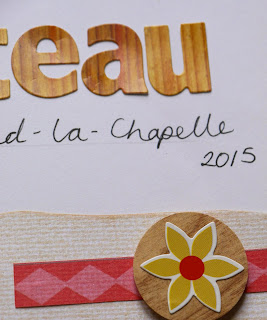 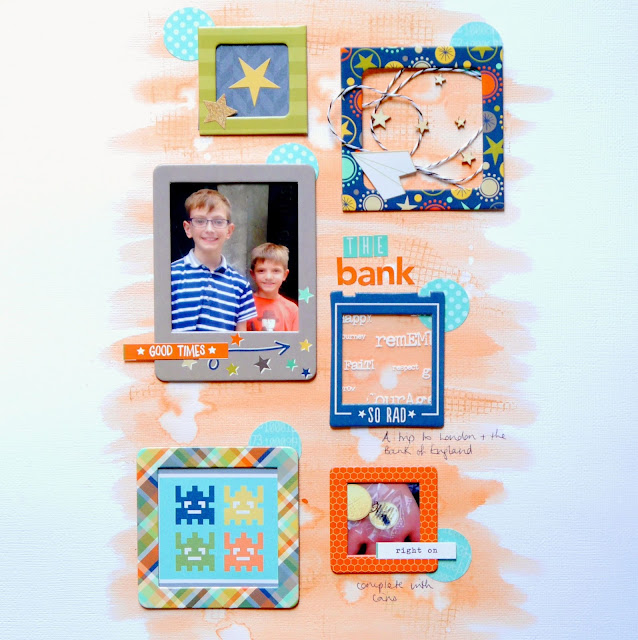 Some more So Rad by Simple Stories.  I went with the little chipboard frames as the main feature for this page, so I decorated the background in some marigold distress stain, and then sprinkled water over the top to get the white patches as well as stamping a little bit too. I then decorated each of my frames, either with paper and stickers, or I used twine for the aeroplane one, and the backing to some flowers that I had from prima for the Navy So Rad frame.  I added a few punched 1" circles in turquoise and a little bit of journalling.

The photos are from our trip to the Bank of England where we got a special coin and learnt about currency throughout time - it was a lovely mornings adventure in London. 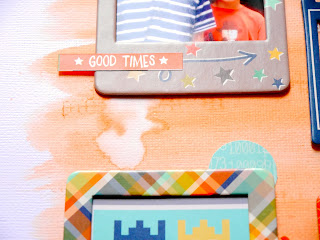 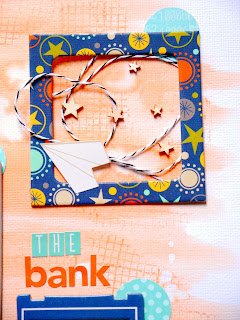 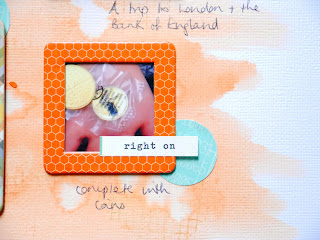 Posted by Katherine at 08:00:00 1 comment:
Email ThisBlogThis!Share to TwitterShare to FacebookShare to Pinterest
Labels: atdml, simple stories, so rad 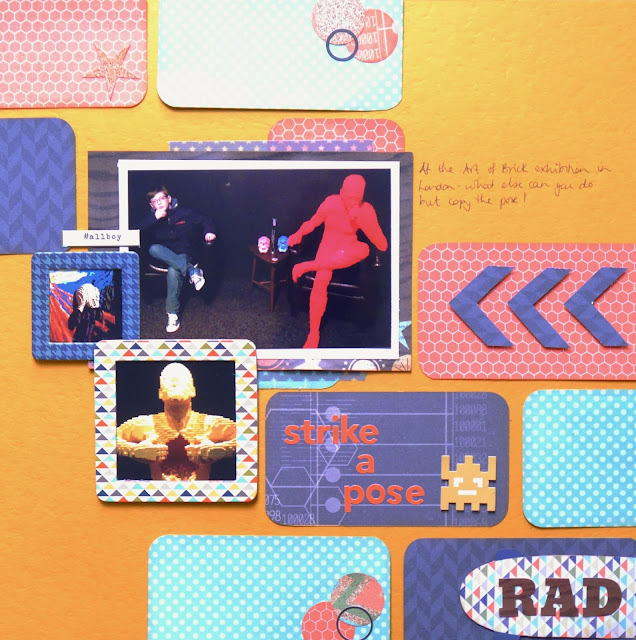 We visited the "Art of Brick" exhibition, and I used lego as the inspiration for my page making a brick wall style pattern out of all the Simple Stories papers.  I then decorated some of the bricks with the stickers in the range, and added a few of the chipboard frames - I love these mini frames! It was also fun to dig out my corner rounder, something that I hadn't used in quite a while.

The main shot is my eldest copying the lego man's pose! 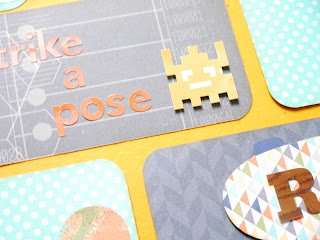 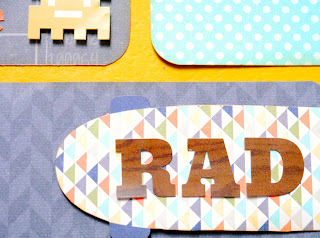 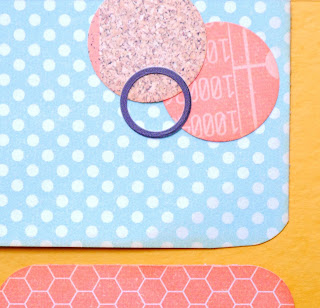 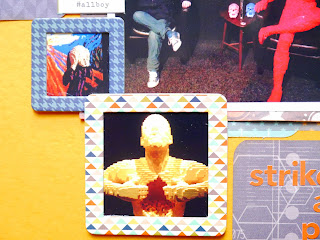 Posted by Katherine at 08:05:00 1 comment:
Email ThisBlogThis!Share to TwitterShare to FacebookShare to Pinterest
Labels: atdml, simple stories, so rad 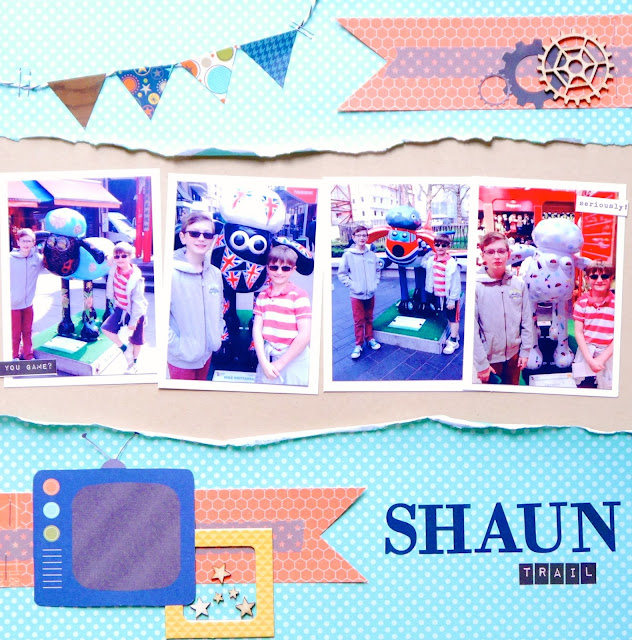 Some more Simple Stories So Rad papers.  A clean and simple page too with just a little tear along the middle for the photos!  I added just some washi tape and wood veneers to the papers and little chipboard frames (I love those at the moment!).

We had a go at the Shaun the Sheep trail in London - which was good fun, and we did see quite a lot - only one which was a bit of a hunt.  Notice the photos - I think it starts with China Town, then Oxford/Regents Street then moving onto where the big cinemas are in the West End - but the best shot is of my eldest in Hamleys standing next to the "Ben and Holly" Shaun the Sheep...he wasn't really that grumpy but felt he had to pull that face when standing next to Ben and Holly - made me smile :) 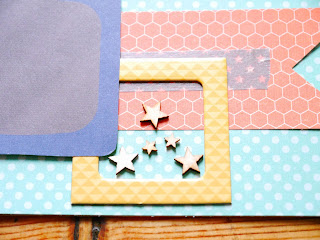 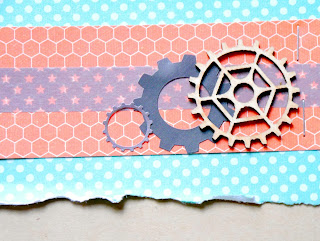 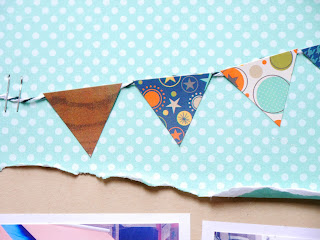 Favourite Places on the net

All the items on my blog are created by me unless otherwise stated and as such if you wish to use any of them please contact me first. Many thanks