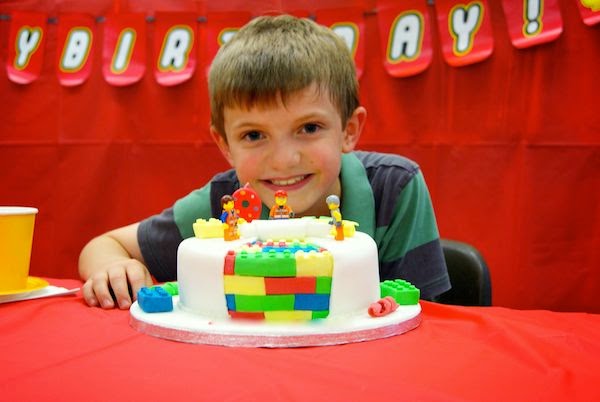 This happened a while back, but I thought I ought to post some of the pictures as most of the ideas were from other peoples sites and pinterest (so thank you to all those creative people out there)....so after lots of choosing which bits we could do this is what I came up with 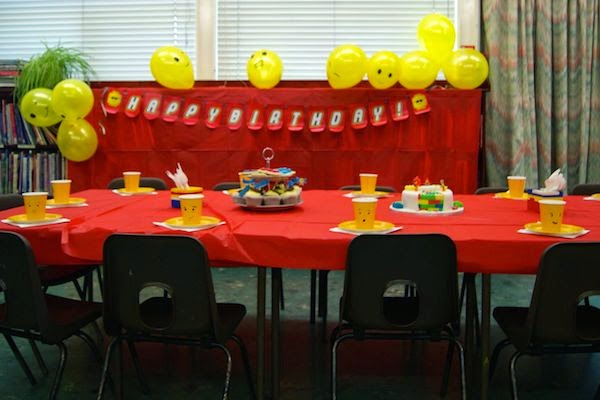 Lots of cheap red table cloths - though any primary colour would have worked.  I printed off some printables and made the Birthday Banner (here is a link to my pinterest board with all the ideas on and some more...here). 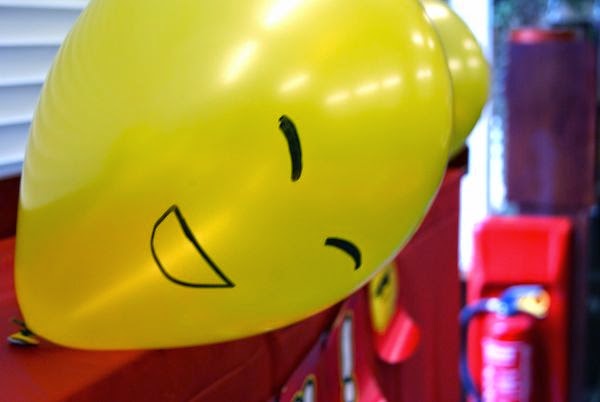 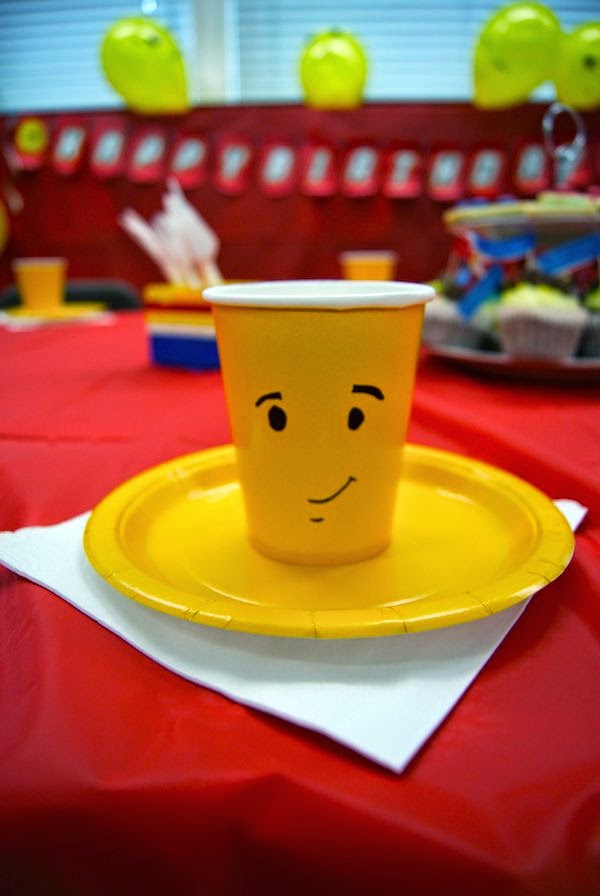 Then yellow plates and cups....and more lego faces on the cups - each one different 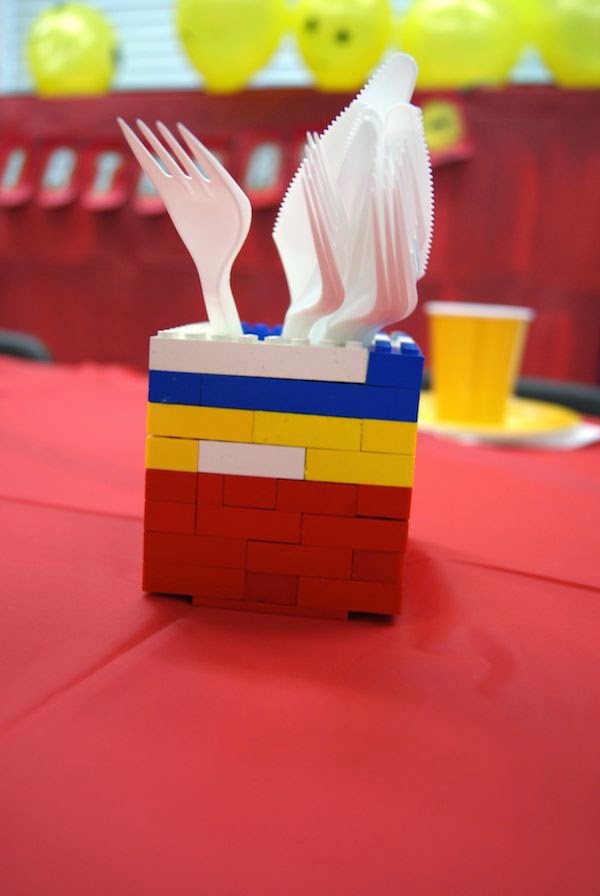 The kids helped with the cutlery pots 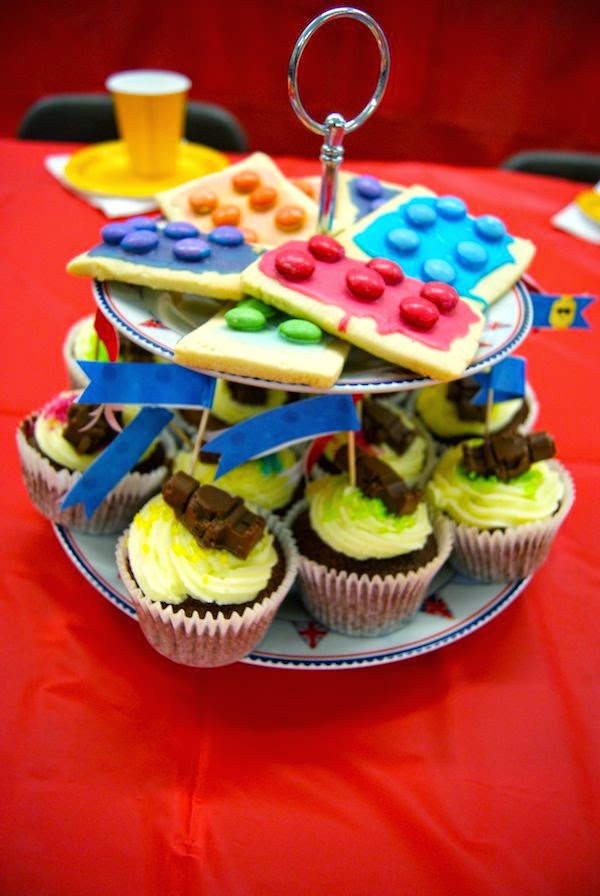 Onto the cakes - some biscuits cut into rectangles and iced and then decorated with smarties to look like lego bricks.  I also made cakes, and little chocolate lego men from a mold I got on ebay...then the flags from the printable set and stuck on cocktail sticks. 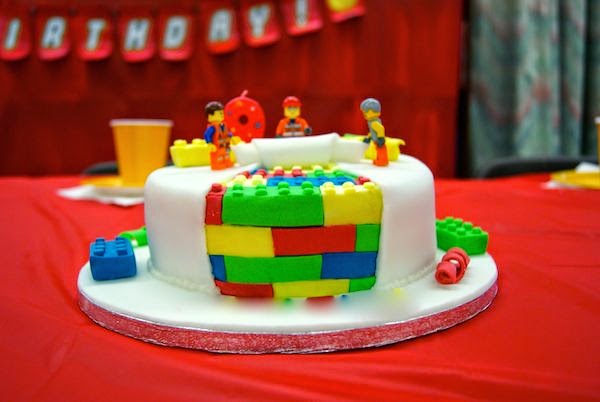 The real masterpiece was the cake by my sister in law Lucy...amazing - her 1st lego cake, I picked up a brick mold though I don't think that bit worked so well so I have a feeling she freestyled the lego bricks and gave her a few lego men and this is what she came up with.

The main activities at the party were programming some lego models that you could build...food...then find your lego mini-figure (scattered around a large room in little bags again using the embellishments from the lego printable) followed by pass the parcel with lego as the prize and then just balloon fun!


Posted by Katherine at 18:03:00
Email ThisBlogThis!Share to TwitterShare to FacebookShare to Pinterest

I love reading all your comments so thank you for leaving me one :)

Favourite Places on the net

All the items on my blog are created by me unless otherwise stated and as such if you wish to use any of them please contact me first. Many thanks